Echo Morgan was having a particularly painful and moving day in July 2020 as she walked and thought about her late son Matt, who had died five months earlier in a scuba diving accident.

Then something memorable happened.

“It sounds weird,” said Palatine, “but I swear – he came to me and he said,“ Mom, you should write a children’s book. “”

So Echo Morgan returned home and wrote down the first draft of what eventually became the book “Scuba Matt’s Underwater Adventure,” which she published this year.

Matt Morgan, 30, an army staff sergeant, was found dead on February 2, 2020, after a recreational dive in the waters of Okinawa, Japan, where he was stationed. He appears to have passed out, the exact cause unknown, his mother said.

This is the Next of Kin button donated by the US military to Echo Morgan of Palatine, whose son Matt Morgan, Staff Sergeant, died in a scuba diving accident while stationed in Okinawa, in Japan.
– Courtesy of Echo Morgan

The book is a way to remember and honor the life of her son, who loved the ocean and scuba diving, she said.

In order to have an even more tangible impact, Echo Morgan plans to donate half of the profits from its book sales to fund scuba diving scholarships for disabled veterans through the nonprofit. Diveheart, based in Downers Grove.

“They are doing an incredible job. I am honored to be able to work with them,” she said.

“Her story is heartbreaking,” he said. “It’s a great way for her and for us to honor her memory.” 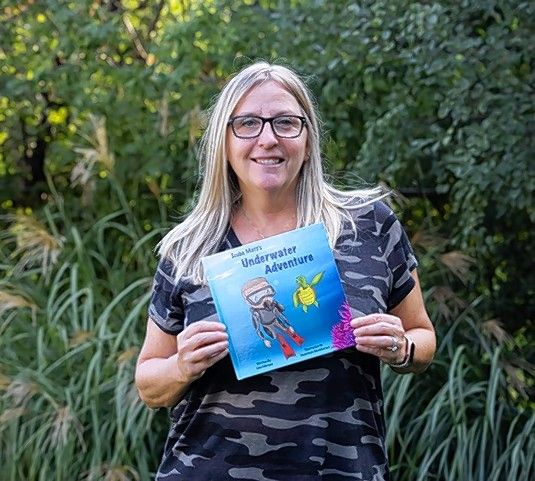 Echo Morgan, whose son, U.S. Army Staff Sgt. Matt Morgan, who died in a scuba diving accident in 2020, has written a children’s book in his honor. She will donate half of the proceeds from the book sales to the Downers Grove-based nonprofit Diveheart.
– Courtesy of Echo Morgan

Diveheart, founded in 2001, provides adaptive diving therapy and scuba diving opportunities for veterans, adults and children with disabilities. The nonprofit runs programs at suburban swimming pools, including the Elgin YMCA and Vaughan Athletic Center in Aurora, as well as Atlanta, Florida and Malaysia.

Programming was put on hold during the COVID-19 pandemic and has just restarted. The programs are free with the exception of the scuba diving certification. This typically costs around $ 1,000, but is offered by the non-profit organization for around $ 550. That’s what Echo Morgan’s donation will fund, he said.

The love for scuba diving runs through Morgan’s family.

Echo started diving as a teenager, and she and her children – Matt and sister Marley – were certified together in 2007.

“We’ve always been on a family diving vacation together,” she said. “As he got older he got more and more interested in it, he became a certified master instructor.”

The grief of losing a child is unfathomable, said Echo Morgan, his voice faltering. Writing “Scuba Matt’s Underwater Adventure” was therapeutic, giving it a positive outlet to focus on, she said. 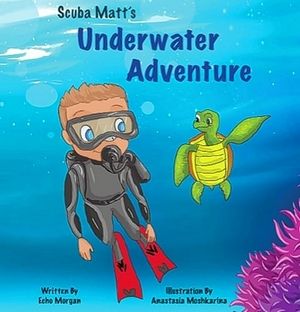 Echo Morgan of Palatine wrote the children’s book “Scuba Matt’s Underwater Adventure” in honor of his son, the US Army Staff Sgt. Matt Morgan. He died in a scuba diving accident in 2020 off the coast of Okinawa, Japan, where he was stationed.
– Courtesy of Echo Morgan

The book tells the story of a diving instructor named Matt who encounters a variety of marine animals – a sea turtle, pufferfish, stingray, jellyfish, seahorse, shark and more – and learns underwater life such as coral reefs.

“Each page has a fun fact. It’s also educational,” she said. “Even adults say, ‘Oh my God, I learned so much from this book.'”

The illustrations for the book were done by Spain-based Anastasia Moshkarina, who Echo Morgan found after selecting three or four illustrators through an online service. The cover of the book is based on a photo of Matt underwater, next to a sea turtle, taken on a Caribbean vacation circa 2013.

Matt Morgan also loved baseball and was a pitcher at Palatine High School, which he graduated from in 2007. Last year, his family established a memorial baseball scholarship in his name in high school.

“We committed to fund it for 18 years because my son’s number was 18,” his mother said.

Echo Morgan’s second children’s book, also inspired by his son, is called “The Kindness Fairy”. Her third book will be “Baseball Dreams,” which she hopes to publish early next year and will help fund the baseball scholarship program.