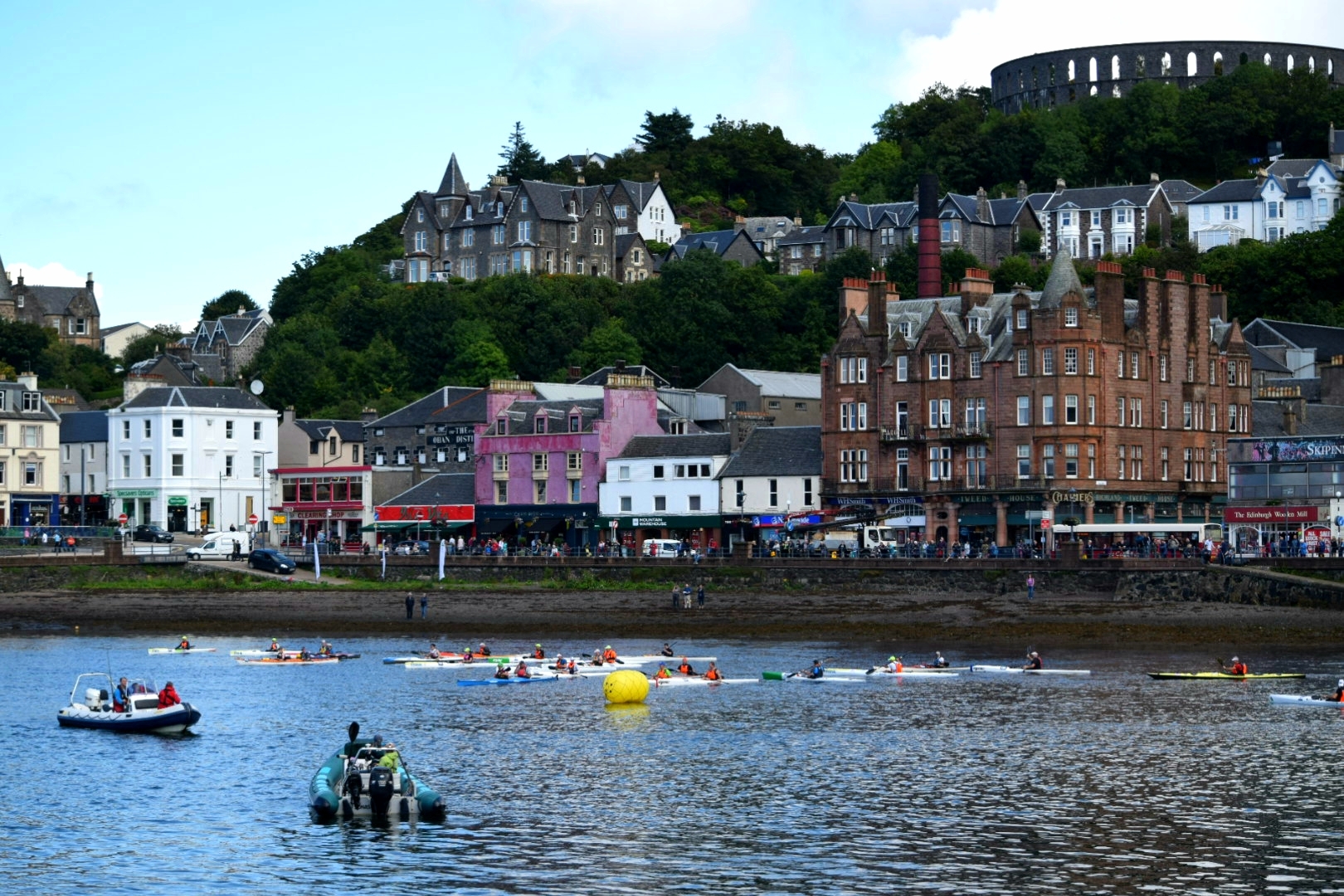 You want to know more ?

We value our content and access to our full site is only available with a subscription. Your subscription entitles you to 7 days a week access to our website, as well as a full digital copy of this week’s newspaper to read on your PC / mac or mobile device. In addition, your subscription includes access to digital archive copies from 2006 onwards.

Do you just want to read an issue? No problem, you can subscribe for just one week (or longer if you want).

The Oban Sea Kayak Race finished its eighth annual race around Kerrera Island on Saturday with more than 50 entries.

The start has been split into two this year, with traditional touring kayaks starting first at 12:50 p.m. and faster performance kayaks, double kayaks and Ocean Surf Skis starting half an hour later at 1:20 p.m.

This made the final section entering the bay from the north entrance a bit more competitive with most of the runners heading towards Oban Bay.
together.

The Champions Trophy was won for the first time by a local runner, Patrick
Winterton, in one hour and 43 minutes, beating Bruce McTaggart of Vancouver, Canada, by 42 seconds.

Patrick is no stranger to competitive sports as he was part of the British cross-country ski and biathlon team at the 1988 and 1992 Winter Olympics.
and now works as a ski sports commentator for British Eurosport and Sky Sports.

The Women’s Champions Trophy was won by Lizelle Kemp of Dunbar in 1:54:39.

The organizers would like to thank everyone who participated in this year’s race and said they were very indebted to the support boats piloted by Struan and Cameron Smith of Coastal Connection, Neil Matheson, Dr Erik Jespersen, Dr Hue Forbes for have authorized the use of Kilbowie Outdoor Center encore and Donna Barr for all safety cover during the race, without which such an event could not take place.

Many thanks to the many competitors who traveled from all over the UK and overseas to participate in the race. A very big thank you also to the many companies around Oban who sponsor this event every year.

Finally, thanks to Stephen Lawson for taking all of his stunning photographs of this event every year in all conditions.

All proceeds from the Oban Sea Kayak Race go to Oban’s lifeboat.